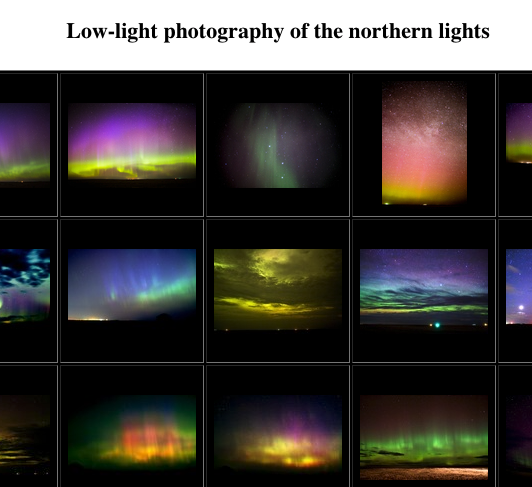 TL;DR: This page describes the features and capabilities of my image gallery software.

Let's Just Get To It

Why Did I Do This?

I used to put my pictures and images up on flickr. Over the years, flickr changed hands several times, and while the price kept increasing (and sharply, too!), the inconvenience (more ads, considerably slower response times) did as well. While all this was going on, flickr did not noticably improve in terms of features that would have really made a difference to individual photostreams and to the multi-user image groups.

Then they started stripping capabilities from the free accounts. I didn't have a free account so this didn't affect me directly, but it compromised huge numbers of users. One new limit was a maximum number of pictures in a free user's account; and they accompanied that with a threat to delete any images over that number. Deletion would have compromised the image groups that had been curating images of various types, thereby throwing out user's work of years building those groups. Then they put a limit on free accounts for the number of private images. By this time, the cost of a "pro" account had increased from $25/year to $75/year.

It just got to feel like an unfriendly place. So... I decided I'd take the loss of the social sharing (not that there was a lot of that remaining after the changes that had been made) and just write my own gallery software. I already had a website and didn't have any particular storage limits that would affect such a thing. Fast foward to now, and it's done. I'm pretty happy with it. It's fast, there are no ads or other annoyances, no one sets any rules but me, I have the features I want, and if I think of somehting new, I'll just add it instead of waiting (hopelessly) for flickr to decide if they might or might now get around to it.

Are There Any Plans To Expand To Other Users?

Not at this time. I am writing the code so that expansion will be possible without major changes. It would just be a matter of adding another layer to spread the compute load and image storage over multiple servers, and I have carefully planned for that. The problem here — the same one flickr has — is that now we're talking about a significant increase in cost, and something would have to be done to ameliorate it. I'm really not a fan of intrusive advertising (and nearly all advertising is intrusive other than quiet little text ads off to the side.) Membership fees... I don't know enough about the actual costs to have any idea what that might mean. It was really eye-opening to see the new owners of flickr ramp up the membership costs so steeply; I'd hate to think that was actually needed.